I work with Anger, Anxiety, Depression, Stress, Eelationship Problems, Trauma…   For more follow the links below

Services for Children and Young People

Can I help you? 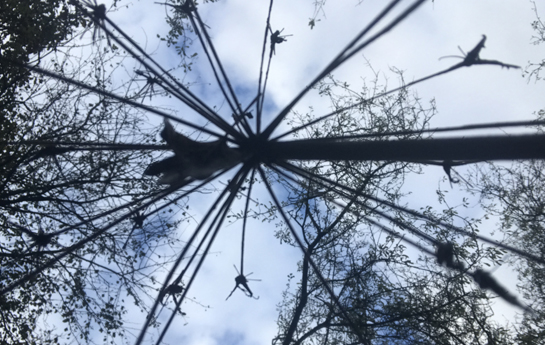 Psychological trauma is our individual emotional response to an experience which has overwhelmed our ability to cope and which leaves us fearing for our own, or someone else’s, personal integrity or life. It can affect anyone and at any time during their lifetime.

Trauma can be described as single event (such as road traffic accident) or chronic (such as domestic violence). However, what may be felt to be traumatic by one person, may not be considered to be so by another. The more we believe we are endangered, the more traumatised we will be. Two people could experience the same harmful event but their experiences will be subjective and so one person could be traumatised by the event, whilst the other is not. This can feel hard to deal with if others, having been through the same event(s), do not feel the same way as us, and can produce in us feelings of shame and weakness which affect how we see ourselves as human beings and in the context of society.

Post Traumatic Stress Disorder (PTSD)
Put simply, post traumatic stress is when the effects of a major trauma last for more than six weeks after the major traumatic event occurred. The following link is a video produced by the mental health charity Mind ( https://www.mind.org.uk ) which shows people discussing what it is like to have PTSD. Mind has many useful resources which you may wish to access.
https://youtu.be/gaAD62XJKOs

Trauma can rob you of the feeling that you are in charge of you.

For some of us, who experienced trauma in early life, we may never have really felt that we are in charge of ourselves.

Recovery
The challenge of recovery is to reestablish ownership of yourself. In other words, being able to know what you know and feel what you feel without becoming overwhelmed emotionally. Trauma affects you both mentally and physically. So we will work to help you reestablish ownership of your body and your mind, working not only with your knowledge of trauma held in your thinking brain but also the memory of trauma held within your body.

Some of us can pinpoint an incident or a series of events which underpin our trauma. For others, trauma stems from our early childhood experiences, where trauma can distort the developing personality of younger children whose brain function is not yet fully formed. (Cairns K 2012 p102)

Our brains develop based on our experiences. For every experience, we create, or strengthen, neural pathways in our brains. In a traumatic situation our primitive brain takes over our thinking brain: what is often called “fight or flight responses”. In that instant, neural pathways are created in our brains based upon our basic survival instinct. Whenever anything, be it a sound, a smell, a perceived threat, reminds us of that initial trauma, our brain reacts as it learnt to in the initial trauma. You will probably have heard the expression that we are “hard wired” to react in a certain way. We are engulfed once again by the sensations, images, smells and sounds associated with the event. So, in essence, we relive the trauma, over and over again, strengthening the neural pathways, which can leave us feeling trapped in this way of being.

This can have a huge impact on our lives. It is estimated that 20-25% of our energy is used by our brains so dealing with trauma is likely to leave us feeling exhausted as more energy is required to cope with post traumatic stress which can affect our physical as well as our mental health. For example a history of trauma is linked to developing health issues like fibromyalgia.

Symptoms of trauma may include:

However there is clear scientific evidence that we each have the potential to change our brain structure, not just in childhood, but throughout our lives, and even right up until our death. What your mind can do, it can undo, given the right conditions.

Working with me in a non-judgemental, empathic and respectful way you can learn to become calm and focused and to be able to maintain that sense of calm when faced with reminders of the past trauma. Our starting point will be to build up internal resources that foster safe access to sensations and emotions that overwhelmed you at the time of the trauma. To be able to move in and out of those emotions gradually increases our tolerance. This is important to do before looking at the trauma itself, which can be overwhelming to do without first having the internal resources to cope with reliving that experience.

Children and Young People
Children usually adopt a flight response in the face of traumatic stress. For example a child who has been hospitalised for painful medical procedures may experience trauma. Her instinct is to run away but she is unable to do so from carers and hospital staff. Subsequently, when triggers occur she runs away. Those triggers may not easily be recognised by her parents and her behaviour could be misconstrued as naughty behaviour triggered by a telling off or an argument. She cannot readily remember the initial trauma and therefore cannot explain why she is running away, but the memory of her trauma is stored in her body which releases stress hormones in certain stressful situations which push her to run when faced with her triggers and this, essentially survival instinct, is automatic.

If we think of children in terms of prey animals, their first instinct is to run away from the threat, but if they are unable to do so, they may shut down to reduce the pain (emotional or physical) that they are experiencing by reducing their consciousness, or like a cornered horse they may use whatever mean they have to fight back, even if they are not fully equipped to do so. So the child in hospital may lash out in fear at the staff or her parent holding her or she may shut down to the pain because she feels helpless and hopeless.

Trauma events are extraordinary but not uncommon and what small children may see as being traumatic, can be very different to how we might view it as adults. A young boy being pushed into a swimming pool as a joke when he cannot swim may well fear that he will drown and die. This could be a serious trauma event to him. Remember trauma experiences are subjective.

In addition, as adults, as much as we may not want to, we may have the ability to recall our trauma, but for many children they are unable to remember the traumatic incident, just the impact it has on them physically and mentally.

As with adults, I will work to create a place of safety for your children where they can explore those feelings that may overwhelm them. We will do this with play, art, mindfulness and talking in whatever combination works best for your child.

We use cookies to ensure that we give you the best experience on our website. If you accept we will assume that you are happy with it.AcceptRejectPrivacy policy